Skip to content
Close
Menu
PLEASE NOTE: Due to the Coronavirus, all events and meetings mentioned in our newsletter or this website are subject to rescheduling and/or cancellation. Please check with the hosting branch for the latest status of any posted event(s). We appreciate your understanding in this ongoing situation. 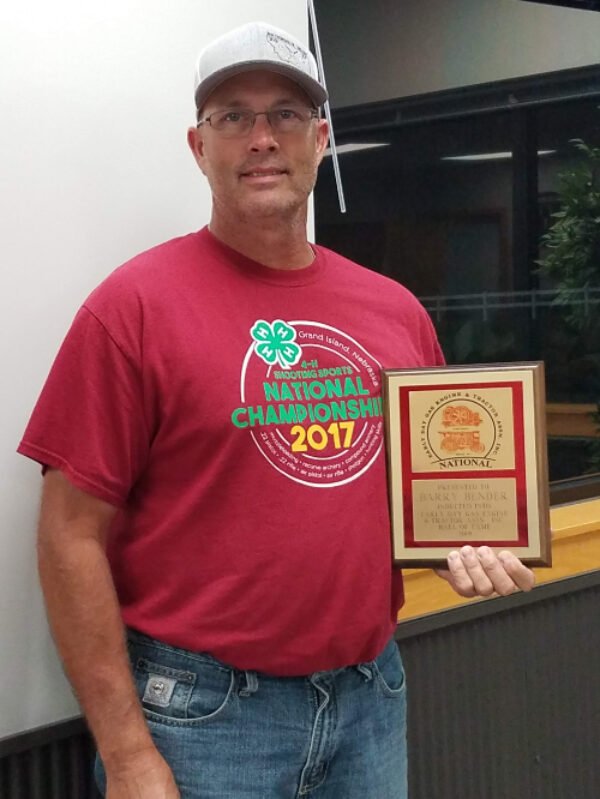 Barry and his wife Kim joined Branch 29 in June of 1999. Garry became an active member right from the start with his first restoration of a Case VAC. He was elected president in 2002 and served until 2004 when he decided he could no longer devote the time
needed for the position due to work and his kid’s school activities. True to form and wanting to stay involved, he accepted the position of secretary, a position he holds to this day.

Barry is a tireless volunteer in helping get Branch 29’s threshing bee ready each year. He arranges the loan of a forklift to help with set-up, he picks up the Pepsi products from the distributor and coordinates with a local restaurant to provide food for our Saturday night BBQ. He then does the cooking that evening during the event. He shares his love of old iron with his family and has got them all involved as active members. Wife Kim, his three kids Dawson, Mason, and Madison along with his dad Clarence have become huge International Harvester fans. They have a modest collection of Farmall tractors that they display and operate at the show each year. During the show Barry volunteers on the kid’s barrel ride and helps out with the saw mill and stationary baling.

Barry leads our annual tractor drive each year and hosts a BBQ at his place at the end of the drive. I believe Barry demonstrates the enthusiasm and value necessary to be a candidate for the EDGE&TA Hall of Fame.