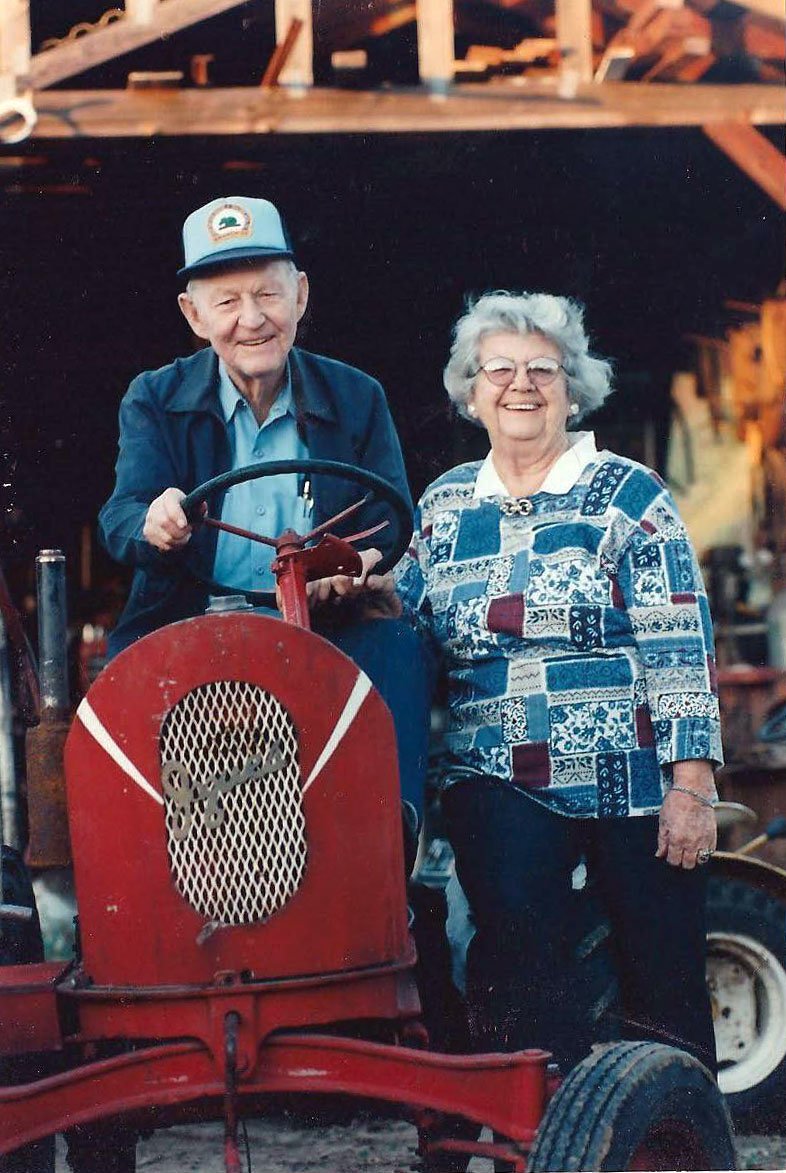 Dale was a member when EDGE&TA Branch 9 was originally formed.  When that group disbanded he became a member of the Antique Gas & Steam Engine Museum in Vista.  For many years he and his wife, Shirley, were very active in the group participating in the June and October shows.  He would display operating engines and she would be with all the ladies in the ranch house making jam/jelly, quilting, and baking pies and bread.

In 1986 he and approximately 24 other people gathered together with a common interest of becoming a branch of EDGE&TA.  The number assigned to them was Branch 22.   He would always be the quiet participant and have an engine to show. He saw the branch grow to over 240 members.

Aside from his engines he had another hobby that was his prize possession. Several woods from all over the states were collected to make handles for his hammer collection.  He would show you his latest creation when you went to his home to visit. If you brought him an antique hammerhead, he would make you a handle for it.  It is said he made well over 400 of them!  His daughter Faye and husband Hank now have the collection at their home in Clifton, CO.  Many branch 22 members are proud owners of his creative work.

In June he reached his 90th birthday.  Several of his friends gathered to help him celebrate this milestone in his life.  He was born in Iowa June 11, 1915; served in the Marine Corps during WWII; retired from San Diego & Electric, and was a true friend to all Branch 22 members.  He passed away peacefully after a short illness, on September 20, 2005. He was survived by his wife, Shirley, daughter, Faye, and son-in-law, Hank.

Submitted by his Branch 22 friends.

Shirley Boss, one of five children raised in St. Louis, MO, is predeceased by husband Dale, son David, siblings Garey, and Inez. Her surviving family, daughter Faye, brother Carl, and sister Marge and their spouses will miss her greatly. Shirley and Dale were married in 1946 and spent their lives raising a family in La Mesa, CA.  Shirley was active in the EDGE&TA along with Dale. Enjoyed traveling to the many Engine Shows across the country and could be seen playing Scrabble with her friends, working in the country kitchens or working on a quilt as Dale discussed engines and hammers with his friends. She had a wide variety of interests she shared with her lady friends ie: poker, board games, bowling and crafts. Her last seven years were spent at Country Villa Care Center in La Mesa where family and friends visited.